Irish DJ and producer Fergie has been entertaining people since he could barely walk and took up DJing not long after that.  He’s best known for his heavy-hitting, maximal style of party techno as well as being one of the most loveable and charismatic DJs in the business.  He’s been resident at mega-club brands from Godskitchen to Trade, and from Space Ibiza to Hakkasan Las Vegas. During his tenure as a BBC Radio 1 presenter, he was an early advocate for the new wave of techno that was emerging at the time.  His best-known tracks include “Anon” and his remix of Slam’s techno anthem “Positive Education.” His debut album “Dynamite and Lazerbeams” (released on his own Excentric Muzik label) received critical acclaim from MixMag and DJ Mag and was voted album of the year at the Dance Music Awards.

We’ve had a chat with Fergie about how he’s been during Covid, his latest release & more. Read further below.

Hey, all is going great here and I hope the same for you. Well, I have been focusing primarily on my original music. I’ve been in the studio nonstop and we’ve been banging out some proper whoppers.

What was it like to get back to partying and DJing again after the pandemic?

It was pure bliss to be back with my people playing the fresh jams I had been working on in the studio. You just cannot beat that feeling when you drop your new tracks for the first time and you are at one with the whole party just locked in sonic bliss together.

Did the extra time at home affect the music you made, the sounds you were into, or have any effect on how you live your life once back on the road, like slowing down a bit and being at home more or anything?’

First of all, being forced to stay at home let my ears have some well-deserved rest; that’s been the longest time they’ve had “off work” dear love them!  Secondly, it was actually really great to be out of the club environment. I enjoyed it and to be honest it was really nice to miss it; if that makes sense; absence makes the heart grow fonder and all that. In the studio, the time off gave me freedom and space and I could really just take my time and let all the emotions come out. I didn’t set out to make one thing or another. I would just start a project and see what came of it; what legs it would grow. I normally sit down to make a specific track for a part of my set but this time off let me be very organic, see how the flow went, and plenty of bangers were born.

What keeps you motivated most, what gets you out of bed?

My Great Dane, Zion, gets me out of bed… ’cause if I don’t, I have a mountain of shit to clean up🤣

What inspired or influenced the recent ‘Level Up’ release?

The original Raves! I was thinking, “what really brings the chins out, what would make me rush my tits off if I were on the dance floor!?” And while I was making it, I just felt that raw energy, I was buzzing and rushing all at once. It has a new flavour with a large helping of some vintage rave sauce.

Should dance music be socially and politically aware or is it a palace to escape all of that?

I think in life, it’s good to know what’s going on around the world and also in your own country, neighbourhood, city or town. The dance scene can be a culture in itself so it’s important to be open to what’s going on in the broader cultural conversation. I don’t tend to talk about politics much but I’d like to add that it’s hard not to be disappointed with how the club scene has been treated over the last 20 months. It leaves a bit of a sour taste in my mouth and is reminiscent of what was going on in the UK during the protests against the Criminal Justice bill in’ 94. When you see massive sporting events open up to unmasked crowds yet clubs are unable to open, it makes you think there is just not enough regard for our dance culture and it’s sickening.

In the studio, what’s the go-to pieces of hardware equipment or software you like to utilise?

I actually sold my big studio over lockdown and downsized, which has both felt amazingly light and been actually very productive.  My fave gear was my Moog Voyager, Korg Monopoly, Juno 106 & My monster synthesizer.com Studio 110 modular synth. I basically have the same setup but in the box via the Arturia software package, that’s incredible.

Please share with us one standout track that has always been close to you through your career and why?

A stand-out track would be Tony De Vit – “Are You All Ready” – Tony was my mentor and best friend, I was with him in the studio when he made this classic track. I was a 16-year-old kid, standing in the studio watching Tony dancing, shouting, and clapping his hands as he was making it,  so excited and we knew then it was a complete anthem that he had just made.

What are you most proud of from your career so far?

I’m not sure what I’m most proud of but what I am most thankful for is that I still have the desire to improve and find new music to play to find new ways of making music. I’m thankful that the rave can still make a happy tear run down my face, make the goosebumps pop out of my arms, make the hairs on my neck stand up and I’m thankful that I get to share these emotions with everyone ❤️

Fergie’s ‘Level Up’ is out now:

#1 music Discord - House & Techno and everything in between. Talk with like-minded people. Join for free! 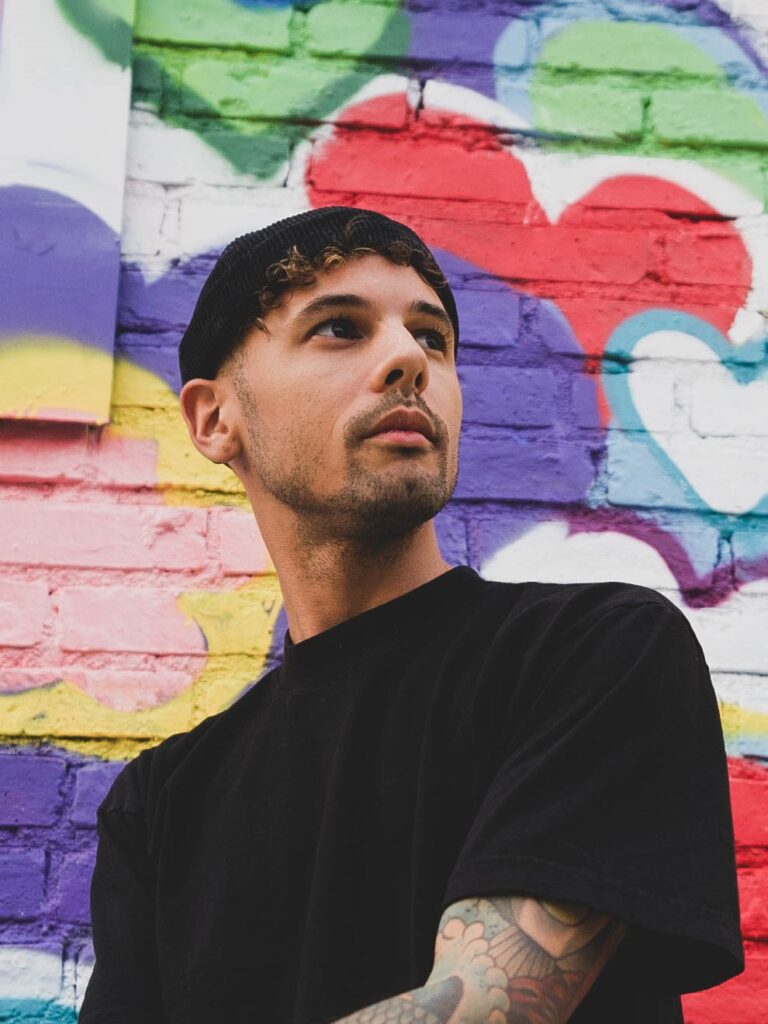 Interview with The Other Nomad

Interview with OXIA [DJ and Producer]