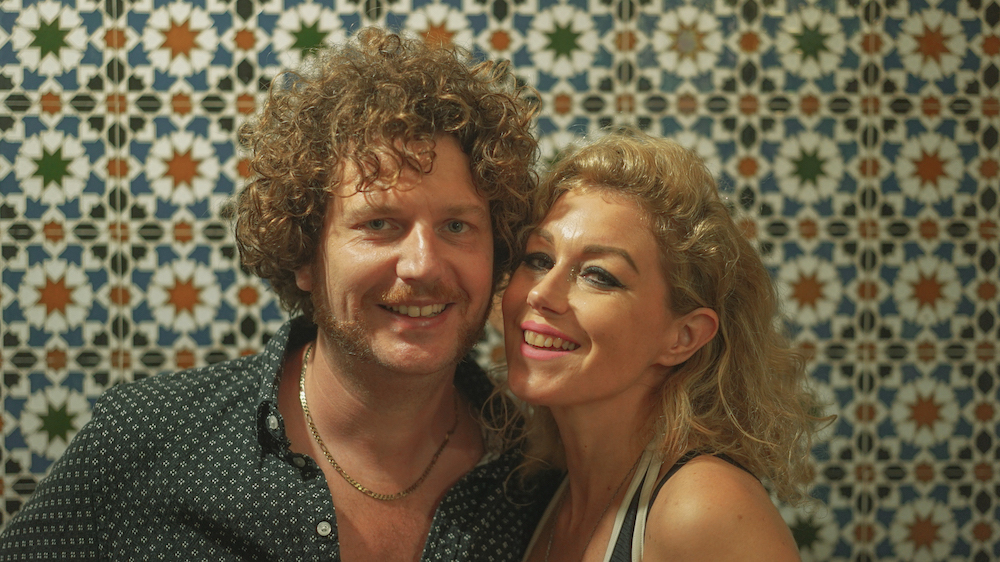 DEFEX is the alias of Franz Hager, a Bavaria-born DJ and producer who has been actively making hard hitting house and techno for some time. Here we see him bring his considerable talents to Steve Bug’s Poker Flat Recordings, dropping a brand new EP – We Are The Beat!

The original is a tough, euphoric house roller with an upfront vocal from Ibiza icon, singer & songwriter, BLONDEWEARINGBLACK, who contributed the lyrics, that sends shivers down the spine.

Hey guys, thanks for chatting with us today! How has the summer been for you?

DEFEX – We started hot with three gigs together for The Zoo Project at Ibiza Rocks. However, since IR was not the right place for the event we are currently missing our usual regular platform.
Don’t get me wrong, we are still in a very privileged spot and play gigs together at Pikes, Blue Marlin and some villa parties! And anything is better than the past two years of course. We are starting to plan our winter now.

BLONDEWEARINGBLACK – Yeah a weird summer for me too – I think we thought everything would go back to “normal” as in 2019 – but it’s been more of a challenge and definitely lacking flow… That’s why We Are The Beat was written – about a feeling of coming together again and the powerful unity of music.

DEFEX – I discovered electronic music aged 13 through Eurodance: 2Unlimited – No Limits hit me hard. I had just bought a sampler add-on for my Atari 1040St, sampled the hook-sound and did a happy hardcore version, because my next discoveries were House and Thunderdome/Bonzai…

BLONDEWEARINGBLACK – My older brother started bring home house/hardcore/prog house vinyls and i’d sit in his room listening for hours…then i found Ibiza and many years later got signed to Defected…in a very small nutshell!

This is your second collaboration together right? Are you getting much studio time together or is it done remotely?

BLONDEWEARINGBLACK – We work in Defex’s weird and wonderful beast of a studio in the beautiful Ibiza countryside – you’ve gotta see it to believe it! If you can work together rather than remotely it’s way more creative…especially on this island (even though he is a punisher in the studio 🙂 )

DEFEX – Punisher? Well I’d say that I tend to carve stuff to its potential, babe.

What was the inspiration behind We Are The Beat?

DEFEX – To be honest it was one of those tracks that happen at night, you wake up the next morning and shake your head. It was way to proggy for my taste. But there was something to the chords and the arpeggio – so I basically remixed it. Roughing up the beats and being a bit more playful with the trancey elements made it come together. Now I love the contrast!

BLONDEWEARINGBLACK – We Are The Beat was written – about a feeling of coming together again and the powerful unity of music.  I needed to write those lyrics at that point of lockdown – literally HAD to get them out and HAD to believe we would all be on the dancefloor again together one day – thank fuck we are!!!

To us there seems to be a flavour of the early 00s progressive, Deep Dish-esque sounds – is that an era or artist you find inspiration from?

DEFEX – Early 00s were an important era for me. I established myself as a DJ in Austria, Bavaria and later Ibiza. I was more on the french/funky or techno side of things back then, but always loved contrasts and twisted elements.

BLONDEWEARINGBLACK – So many artists and genres come together and influence what comes out – I wouldn’t know where to start – anything progressive, hard and with an intensity I like.  Growing up in South London DnB, Breaks and Prog House was a massive influence!

How do you work, do you have an idea in your head you work towards or do you just experiment and jam and see what happens?

DEFEX – Usually it starts without a clear target, exploring sounds and following the flow – ideally the track starts to get its own will – and sometimes it then asks for vocals. Then I show it to Sam and more often than not it clicks!

BLONDEWEARINGBLACK – I write lyrics when I come home from a night out and need to get shit off my chest.  Then when I have the right beats from someone (like Defex)  and once I am sober I make them into verse, chorus, bridge etc a song basically…

DEFEX – I have a hybrid studio with quite a bit of outboard gear, all coming together in Ableton. Mostly not super expensive things, rather machines with character.

Like the Yamaha PSR-41 a cheap 80s FM Kids-Keyboard that we cut off the keyboard and speakers and converted to a sound module. It sounds really dirty and it has sliders to edit the presets: hands-on FM! And I’m obsessed with analogue filters, the king of my studio is a rare Mutronics Mutator. I used it heavily in a still unreleased track with Blondewearingblack: KNOW THE SCORE

BLONDEWEARINGBLACK – My voice is my best kit 🙂 but I also have a beautiful Mac Book Pro i couldn’t live without and sketch on GarageBand and if I’m out and about and hear a melody in my head i use voice memos on my iPhone…i don’t go anywhere without my current notepad and a proper retro 80s pen with all the colours to click and use.

What else should we be looking out for from you for the rest of 2022?

DEFEX – Really looking forward to finally playing winter gigs again – and we are working on two other tracks. Need to see what could be the right label for them. 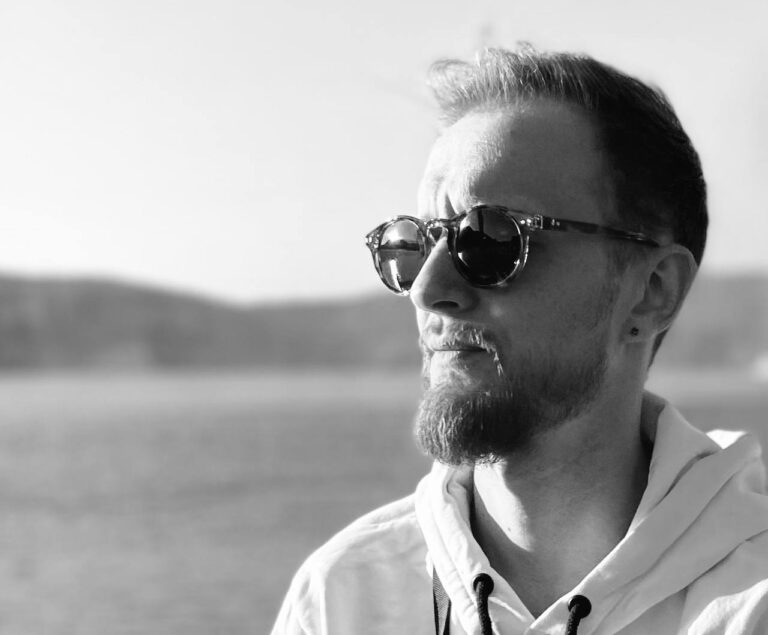 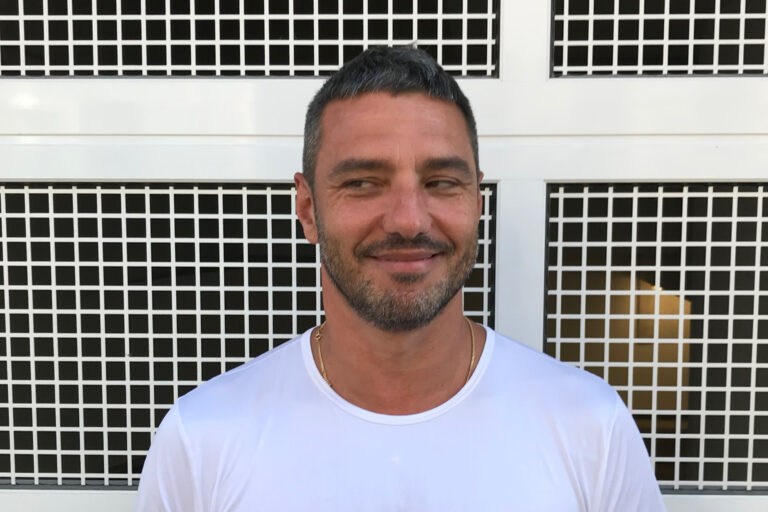 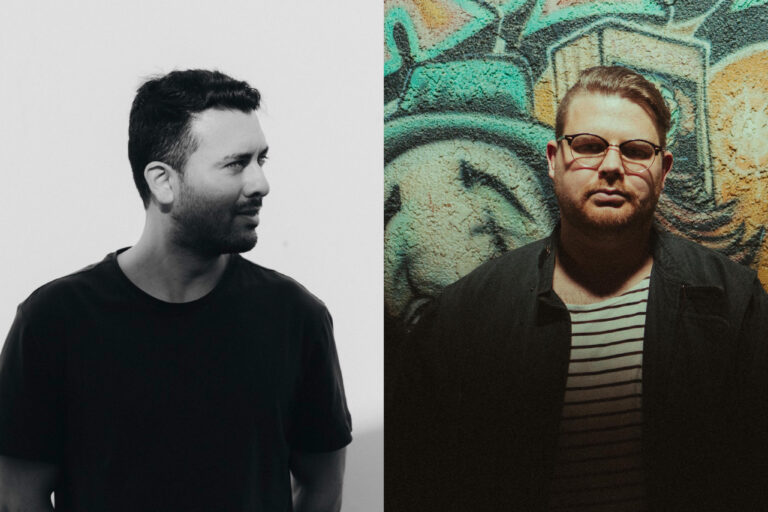 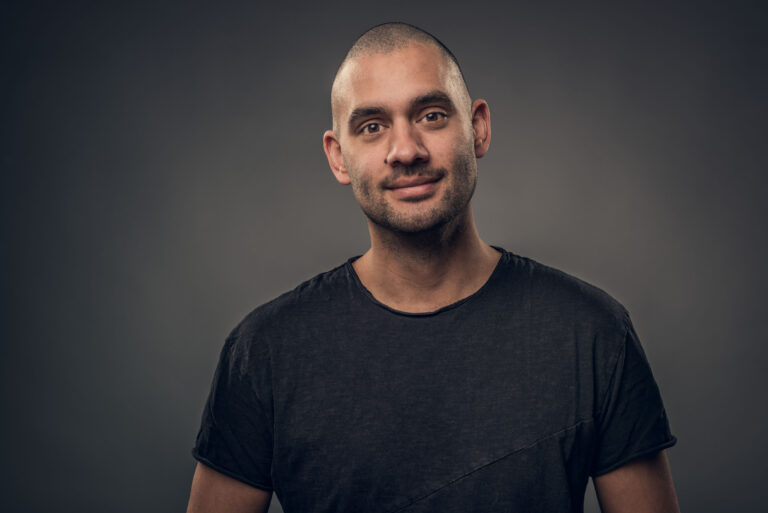